skip to main | skip to sidebar

Surprisingly, it is a Tough Choice

A record, two days in a row of blogging.

So this is my routine between 5:45 and 6:00 on the days that I run:  My alarm goes off, the dog, that now sleeps in our room because her previous sleeping buddy has deserted her and gone off to college, gets up, stretches and makes weird noises. I get up, stretch and make weird noises. I let her outside and mosey to my phone to check the temperature (phones these days can tell you anything) to see how many layers of clothes I need to put on.  Today when I looked at my phone I got confused.  Did I become a bear and sleep the winter away?  57 degrees at 5:44.  Sometimes my phone takes a second to update, must have been stuck on yesterday.  I waited, and looked again, 57 degrees.  I then checked the date (concerned about the bear theory), January 31.  Incredible!!!
Later this morning I learned from a friend that a year ago today we had a huge snow storm.  Now I tried to confirm this (that it was actually January 31)  but I was a little confused as to whether it was the really big one (record breaking 15 to 21 inches) that we had last winter or one of the smaller (5-10 inches) ones.  I never figured it out, I just  learned it did snow, a lot.
So,  I find myself asking, which do I prefer?  I must admit that the speedier dressing time was nice. Nothing on my head (except my light), a good thing, and the fact that the streets were clear and that I could go run, a definite plus.  The air had a bit of a springtime mist which was kinda refreshing
But...there is something to be said about a good ole Midwest snowstorm.  You know, the ones where the kids come into your room early, turn on the T.V.,  cross their fingers tightly and then jump for joy when they see their school name on the "no school today" list.  There is something to be said about rolling over and going back to sleep, getting up late, pileing on the snow gear ("now where is the match to this mitten") and going out the door to make the first tracks.  Hot chocolate, snowmen, company (your kids and the neighbor's kids) at home with you, priceless. Yes, there is something to be said about a winter storm.


The sun is not shining today, it is warm (now approaching 70), but windy.  No coat, no mittens necessary.  It's January, so going to the garden seems odd, it is not time yet and I am really afraid to see what is coming up since I know (since it is January) that winter is far from over.  So I write a blog, by myself, about the weather, and I plan on following the normal weekday agenda.
I think, I have decided I would rather be screeching cuss words with my daughter behind me on a sled because I have tried, at my age,to go down a hill that might be more than I can handle (yes it happened once).  Or I might like to be building a snowman, or hunting for the other mitten or snuggled under a blanket with hot chocolate, watching a movie with someone by my side. Like I said, one more time, it is January after all, at least for today.  I wonder what February will bring. 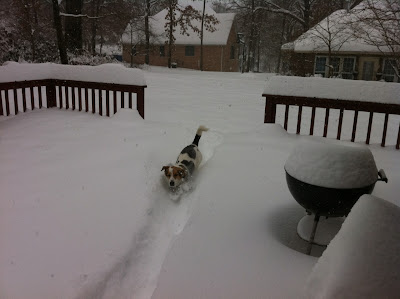 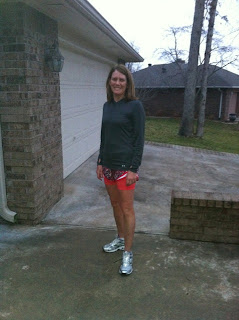 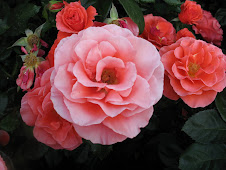